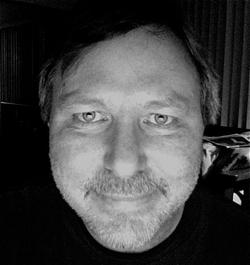 Brenda Vitali Jimenez (Resident Choreographer at Heyjojo Productions) has been a wedding and quinceanera choreographer for over 25 years. Brenda’s dance background started at a young age when she first started training and competing in Latin ballroom dance competitions which led to her teaching at various places including Arthur Murray Dance studios. She is thrilled to develop wonderful dance numbers for our student actors along with her son Carlos while combining her passion for dance and theatre as one of HeyJojo Productions’ choreographers. 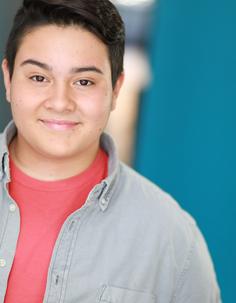 Currently a Junior at The Orange County School of The Arts (OCSA) studying in the Acting Conservatory.  Carlos has been performing for approximately Ten years at a variety of stages throughout the country.  He has been an instructor (beside his mom Brenda) for four years at Heyjojo Productions and runs "My Favorite Scenes".  Favorite Productions include: "Little Shop of Horrors" (Heyjojo); "Godspell" (Laguna Playhouse), "9 to 5" (OCSA), and "42nd Street" (Rose Center Theatre).

A 30 plus year veteran Entertainment professional working in Film, Television and Theatre.  Jojo graduated of USC's Cinema School, and her career in Children and Community Theatre didn't take off until she met her husband in 2011.  "My future Step Daughter was in a play...and I volunteered.  They were struggling and I knew I could help out."  She got hired...and never left.  She started Heyjojo Productions as a Children's Theatre in 2015.  Ms. Bogard has also taught at BGC of Huntington/Valley's "Clubhouse Theatre, Huntington Beach High School's famed Academy of Performing Arts for 2 years in Dramatic Production (for Writing and Directing), North Coast Rep's Theatre School as the Improv Comedy Instructor 2 years, and now as the Full time, Managing Theatre Director for Heyjojo Productions...as a Volunteer.  Jojo built this theatre/studio to be an encouraging and positive environment she always dreamed about when she was younger.  "Give the kids a sandbox and let them play and encourage and support them all the way.  Its what I do." (Credits: Too many to list...Awards in Theatre...I was nomination for a NYA for Directing "Rumors") 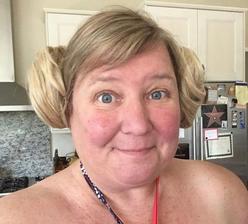 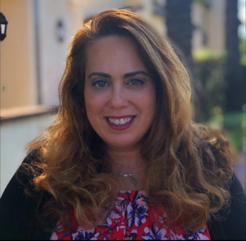